So last I left off, I had established an easy spot to work in so I could focus on much bigger things. Two days after I wrote that I got real lucky fighting a manticore. It dropped an egg! You can hatch manticore eggs and after they grow up you can ride them through the air, which is awesome when you're playing survival and don't use a fly cheat. You can read more about manticores in this wiki.

That alone really stepped up my time management. I no longer had to run across bits of ground and across water to anything, I just flew there.

There are several creatures that fly in the Mo Creatures mob library, but this really was a lucky break.

This is what it looks like riding one. The perspective makes them look bigger, so you feel like you're on a really powerful pet.

So of course, I found more stuff more quickly, with easy getaways.

Finding the monument so quickly after I got the manticore made it much easier to task out another huge project on the side. I've always wanted to drain an ocean monument, so I level several nearby islands collecting sand to sink around a border of dirt I made. This is an easy wall that I can build a more permanent wall next to later. 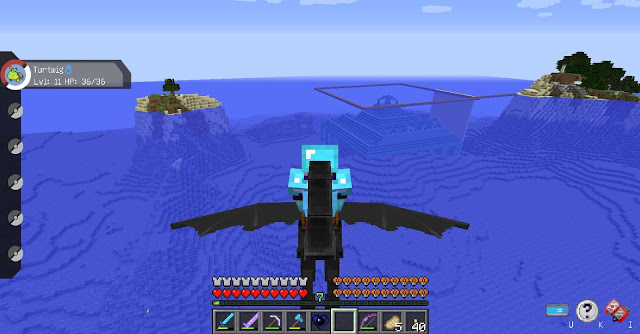 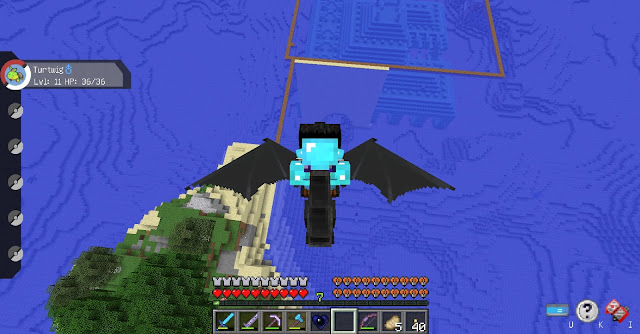 This dolphin just missed spawning in water, so I killed it. If I'd had a net ready, I could have snatched it up and used it later to ride around any body of water. 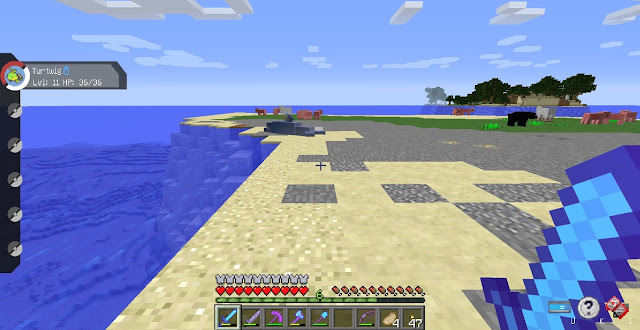 This maggot is part of the insect collection. Maggots, snails, and slugs all drop slime balls, which come in very handly for making leads, which you can use to drag vanilla mobs and some Mo Creatures mobs around. 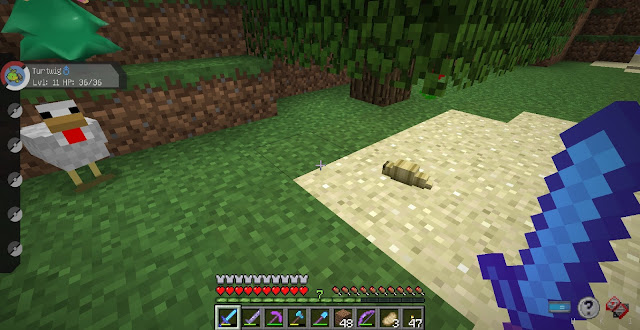 Later on I was in the nether for more glowstone and quartz when I killed a fire manitcore, and it dropped an egg! That's actually pretty thrilling when it's your first time. The nether is really dangerous in Mo Creatures, so that was cool.

They're so cute when they're tiny.

Aside from manticores, I'm still widely avoiding certain pokemon interactions since I'm one of the rare clueless. This is the first time I had seen a Klink.

I haven't been on single player that much in the meantime since all this, summer being summer and stuff, but hopefully that monument will be a cinch. I'm thinking about killing guardians in creative, but we'll see what happens when I get that far. 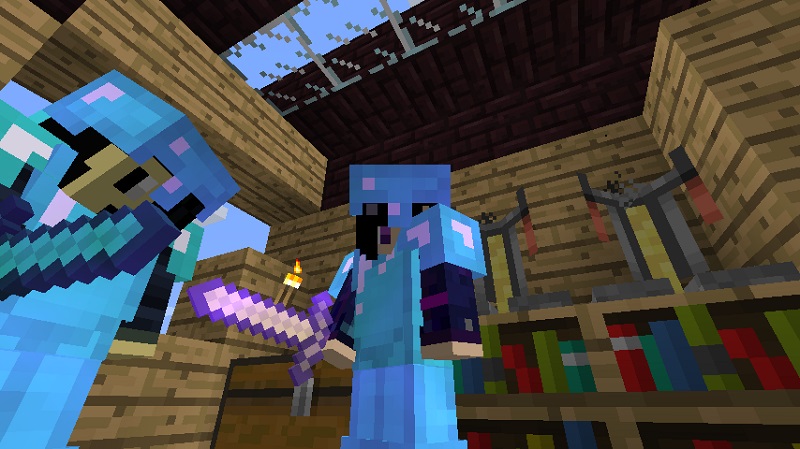